A Commitment To Excellence

A Passion For Justice

Federal Defenders of San Diego, Inc., is the Federal Community Defender Organization for the Southern District of California. We are based in San Diego, with a branch office in El Centro, California, and are appointed to represent indigent persons accused of criminal offenses in federal court. A nine-member Board of Directors oversees our daily operation. We are independent from the local federal judiciary and funded by a sustaining grant awarded by Congress under the Criminal Justice Act.

Our close proximity to the U.S.-Mexico border has a strong influence on our caseload. The majority of our clients are charged with drug and immigration related offenses. Our attorneys also have the opportunity to represent clients facing a wide variety of federal charges, including bank robbery, fraud, counterfeiting, pornography, assault, and firearms offenses. 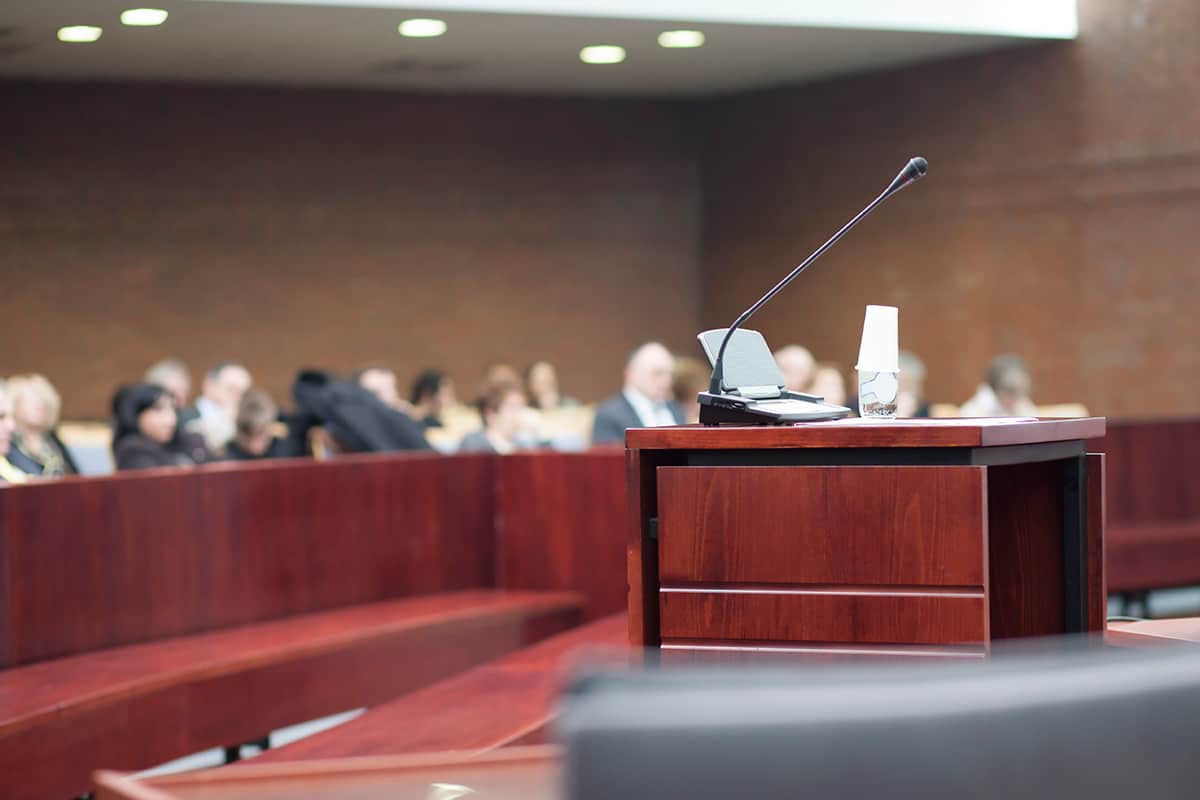 Our staff currently consists of over 60 trial attorneys and 70 support personnel. We have an aggressive and distinguished appellate department. Our attorneys are assisted by highly trained and dedicated investigators and have the benefit of in-house interpreter and bond departments.

Members of the Federal Defenders team share a commitment to excellence and a passion for justice in representing indigent people accused of myriad federal criminal offenses. We combine hard work, constant training and intense dedication in the defense of each of our clients.

law as a way of life

Kasha Castillo first joined Federal Defenders in 2000. Prior to coming to the office, she worked in San Diego for a private firm doing criminal defense work at both the state and federal court levels. While still in law school, Kasha had learned of Federal Defenders’ extensive trial practice training program. She ultimately decided to join our team because of her desire to become an excellent criminal defense trial attorney.

Kasha became a Supervisory Attorney/Trial Team Leader in 2004. She now oversees a team of seven trial attorneys, assisting them in all aspects of their district court practice. Additionally, she continues to maintain a significant district court caseload that permits her to litigate a wide array of cases through the motions and trial stages.

Deke Falls came to Federal Defenders in 2012 from Charlotte, NC, where he was on the board of directors for the Federal Defenders of Western North Carolina.  In recognition of his experience and excellence in trial advocacy, Dekewas named Senior Litigator in 2019, and then promoted to Chief Trial Attorney in 2020. In that capacity, he oversees the advocacy component of the office at the trial level and mentors other trial attorneys.

Cassandra Lopez has been an attorney with Federal Defenders of San Diego, Inc. since 2010. Prior to becoming a supervisory attorney in the fall of 2019, she was a trial attorney with the office. Over the years, she has tried numerous illegal reentry, alien smuggling, and drug cases. Cassandra is a member of the management team, manages the attorney recruitment program for the office, serves as the jail liaison, and is responsible for preparing Defending a Federal Criminal Case for publication. Before joining FDSDI, she was an Equal Justice Works fellow with Centro Legal de la Raza in Oakland, where she represented non-citizens in removal proceedings. She received her J.D. from U.C. Davis in 2008.

Vincent J. Brunkow is the Chief Appellate Attorney at Federal Defenders of San Diego, Inc. Mr. Brunkow received his undergraduate degree from UCLA and his J.D. from the University of San Diego. He has been with Federal Defenders for over twenty-five years, serving as a trial attorney, an appellate attorney, and as the Chief of the appellate unit since 2012. He has argued numerous times before the United States Court of Appeals for the Ninth Circuit, including four en banc panels, and has participated in the merits and amicus briefing of several Supreme Court cases. Mr. Brunkow was honored as the Appellate Attorney of the Year in 2012 by the San Diego Criminal Defense Bar Association and received the 2020 Paul Bell Award for excellence in representation of the indigent accused on appeal.

Ms. Barros joined Federal Defenders of San Diego, Inc. in 2003 as a Trial Attorney. She was initially drawn to the office because of her passion to defend immigrants and the criminally accused. The high number of criminal immigration matters handled by Federal Defenders allows her to pursue her interests in both areas of the law.

Since arriving at Federal Defenders Ms. Barros has been a resource for other attorneys in the office and the legal community, assisting them to navigate the intricacies of immigration law. She is excited to develop and litigate novel legal issues, including an equal protection challenge to our nation’s citizenship laws which she identified and raised in Flores-Villar v. United States, and which she helped present to the United States Supreme Court. In 2010, she was recognized by the Daily Transcript through a peer-nomination process as one of the best young attorneys in San Diego County.

Ms. Barros was promoted to Supervisory Attorney/ Trial Team Leader in 2012. She oversees a team of seven trial attorneys, assisting them in all aspects of their practice. She also maintains an active trial and appellate caseload, and has handled cases ranging from criminal immigration matters, drug and firearms-related offenses, racketeering, bank robbery, fraud, rape, child pornography, assault to international extradition.

Ben Davis has been a Supervisory Attorney and Trial Team Leader since 2019. He joined FDSDI in 2010 as a Trial Attorney and has spent the past decade defending clients charged with a wide range of federal felonies, including drug trafficking, firearms crimes, and immigration offenses. He helps lead the office’s Systemic Litigation Unit, was one of two attorneys who wrote and filed dozens of habeas petitions in the wake of Johnson v. United States (U.S. 2015), and is a proud member of the original team tasked with battling the District’s outrageous “Operation Streamline” program in the summer of 2018. He is from New York City and received his J.D. from DePaul University College of Law.

Timothy Garrison is a Trial Team Leader at Federal Defenders of San Diego, Inc. Since joining Federal Defenders in 2005, he has been defending people charged with offenses related to drug trafficking, immigration, firearms and various other federal crimes.  Mr. Garrison received his undergraduate degrees in History and English, as well as his J.D. from the University of San Diego.

Ana Martinez has been with Federal Defenders of San Diego, Inc. since 2008. She was born in Argentina and grew up in a Spanish-speaking household. Although her education largely took place in the United States, she has a Bachelor’s Degree in Spanish Language and Culture, and a Master’s Degree in Latin American Literature. She is certified by the Administrative Office of U.S. Courts as a federal court interpreter, and is certified by the Judicial Council as a California court interpreter. Additionally, she is a member of the American Translators Association.

Sandra Riley joined Federal Defenders in 2009 as an assistant paralegal. In that role, she provided multiple attorneys with secretarial and paralegal support on trial and appellate cases.
In 2019, Sandra became the Supervisory Administrative Assistant. She supervises paralegal assistants, case management assistants, clerical assistants, receptionists and provides legal assistant support to attorneys on cases. Sandra also works directly with the Administrative Officer on administrative and management matters where needed.
Sandra has over 20 years of experience in the legal field, in both private and public sectors.